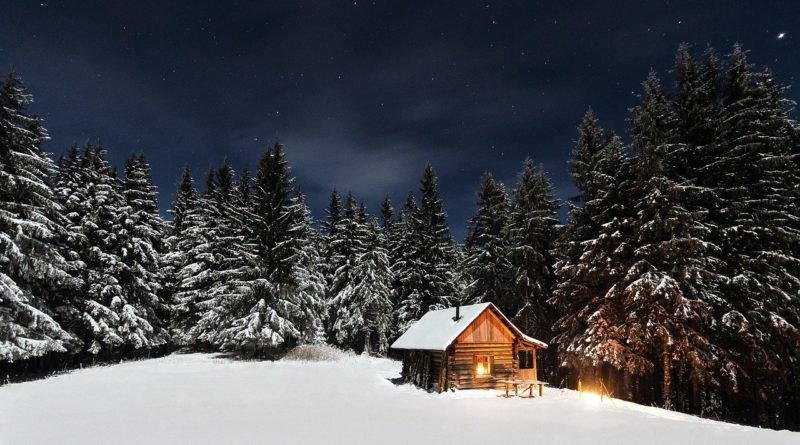 Some observations by Ilja Croijmans:

Winter holidays are all about smells. Think of the smell of incense during a church mass. Think of the presents that the three wise men allegedly brought to baby Jesus. The smell of the many candles and fires that we light during our dark winter days. And not to mention the smell and flavor of the many aromatic spices that wintery foods like Christmas cake and glühwein are riddled with: cinnamon, anise, clove, nutmeg, juniper, orange peel, ginger…

In a brief poll among NOSE members, one particular smell seemed to stand out more than others. A smell that has been around since long before any holiday existed, but one that we now associate with Christmas like no other. That smell is the smell of ‘Christmas’ trees. What underlies the specific odor, what effects might it have, and what else can we do with those trees apart from admiring them?

The aroma of Christmas trees

What we know as a Christmas tree usually is a spruce, pine, or fir tree, an evergreen from the Pinacea family. Trees in this family can grow as old as 10.000 years (!), although Christmas trees are usually harvested when they are about 8-20 years old. What is rather specific for the Pinacea family is that the trees produce molecules called terpenes – a class of aromatic hydrocarbons. This resin can sometimes be found as the resinous liquid on the bark. It is thought that these substances either protect the tree from being eaten by herbivores, or to attract potential pollinators like bees and beetles. In addition, the pinenes have an antimicrobial function that may protect the trees from fungi (e.g., 1, 2).

What makes a Christmas tree smell so characteristic are two isomers of the monoterpene pinene: alpha and beta-pinene. According to Harold McGee in his book Nose Dive (3), pinene has a piney, woody, terpy aroma, and is an important contributor to the smell of cypress, citrus fruits, herbs, spices, mastic, and… pines. In addition, the aldehyde molecule bornyl acetate adds a sweet, balsamic, herbal note to the odor.

As said before, pinene has antimicrobial properties. In the same book, Harold McGee describes how we have come to associate this smell of pine trees and pinene with the smell of clean houses and clean toilets (depending where you grew up), through its frequent functional use in cleaning products and later, as a perfume in those same products. The antimicrobial properties, in the form of pinene rich turpentine, have been known for a very long time, and that may be why pinene is often used as smell or additive in cleaning products, or as varnish to keep furniture shiny and free of mold. Adding a real Christmas tree, or the smell of one in the form of essential oil if you have a fake one, to your interior, may boost feelings of tidiness and cleanliness in dark winter days.

Pinene may have some other psychological effects on humans too. Few studies have structurally investigated the effect that alfa and beta-pinene may have on our psychological wellbeing. But two small studies (4, 5) do suggest that these molecules might have a relaxing effect on us: when Japanese men stayed in pine forests for a few days, their heart rate variability, a marker for stress, decreased, as compared to a control group who stayed in an urban setting for the same amount of time (5). Another study showed that exposure to pinene itself seems to have the same effect (4) – no visits to forests necessary, although that might have a number of other health benefits.

Rachel Herz, in her 2009 review (6) on aromatherapy, caveats these effects: it remains unclear whether the effect smells have on our wellbeing is caused by association, that is in this case learned through our experience with Christmas trees, essential oils, or cleaning products, or whether this is due to an intrinsic physiological effect of the pinene molecule itself. And functional as it nevertheless may be, the placebo effect might be a third explanation for some of these effects.

After Christmas: what to do with the trees?

The resinous and herbal properties of juniper tree branches have been known in the production of beer for ages (7). Although perhaps somewhat less aromatic compared to juniper, might Pinacea trees be used as well? The answer is yes. The Dutch brewery Lowlander collects Christmas trees to serve as ingredient for their winter IPA. And supermarket Spar also quite appropriately sells a range of beers under their own brand that are brewed with spruce tips. Indeed, other components found commonly in Pinacea needles (8), like limonene and myrcene, are also commonly found in that other essential beer ingredient: hops. When used in beer, the myrcene in hops bring on a spicy resinous aroma, whereas limonene has a strong citrusy smell. Beer database Untappd returns no less than 2490 beers after searching for ‘spruce’. Given the antimicrobial properties of the bitter components humulone and lupulone in hop cones (9), and similar properties of pinene in spruce tips, Pinacea needles might be a sensible, as well as flavorful addition in beer.

Of course, the most environmentally friendly way of having a Christmas tree in your home is hiring a real tree that you return to the farm after Christmas, to be used year after year. But the reality is that millions of trees are discarded after a single use. Similar to the brewery mentioned above, Dutch perfume house Ruik collects discarded Christmas trees and turns these into the perfume ‘Den’. This project started when they turned the 90 year old Christmas tree on the Amsterdam Dam Square into a perfume. An interesting perfume, given the complex aromatic profile of pine trees, as well as the potential effects on our mood of the molecules contained in them.

Next time, when sitting around the christmas tree, or when you’re enjoying your wintery forest hike, think about the pinenes your inhaling, and the warming smellscape that surrounds us even in dark wintery times. Why not add a few Pinacea needles to your gluhwine*? And do please share your favorite winter smells on NOSE’s social media account, or in the comments below this post!

*take good care that you use bits of a tree that hasn’t been sprayed with pesticides. Even though this seemed like a good addition to gluhwine (like juniperberries), I could not find any recipes that included it.