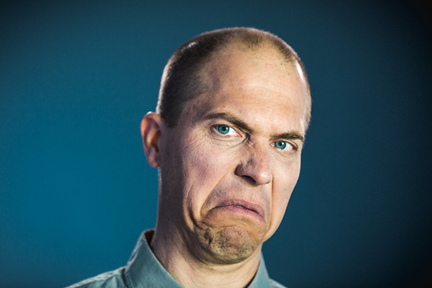 A common finding across westerners is that odours are difficult to verbalize and difficult to mimic with vision and sound. On the other hand, odours are strongly connected to emotion, which suggests the emotional interpretation of odours may be an olfactory dimension easy to communicate. In their study, the researchers investigated to what extent words could be associated with unpleasant odours via the sound of the words. Two experiments were conducted in which participants were asked to match pleasant and unpleasant odours to pseudowords. The pseudowords were manipulated to include sounds that reflect the physical response to disgusting odours (e.g., [x/χ] as in the English ugh! and [f] as in the Polish fu!) or not. In both experiments the unpleasant odours were more likely to be matched to the disgust pseudowords than the neutral pseudowords, but this was not the case for pleasant odours. It is suggested that the disgust sounds mimic an innate disgust response of blowing away a bad smell, which is subsequently associated with unpleasant odours. This study demonstrates an association between the sound of words and odour valence for the first time, supporting evidence accumulating from non-western cultures than odour can be encoded in language.