By Hendrik N.J. (Rick) Schifferstein, Department of Human-Centered Design, Delft University of Technology, the Netherlands Jan Frijters was born in Eindhoven, the Netherlands in 1947. Despite his humble origins and his free spirit, which made him averse to authority, Jan managed to finish high school and go to university. In ...
Read More 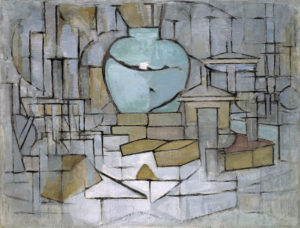 Can we smell Mondrian’s development towards abstraction by reconstructing the smell of his studios?

2022 marks the anniversary of Mondrian's 150th birthday. To celebrate the event, Kunstmuseum Den Haag and curator Caro Verbeek teamed up with IFF perfumers (Birgit Sijbrands, Anh Ngo and Bernardo Fleming) to reconstruct the olfactory dimension of his consecutive studios in Amsterdam, Paris and New York. Can you smell when ...
Read More 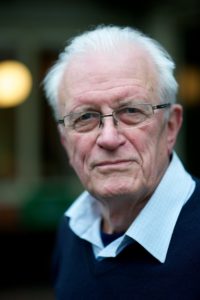 It is with profound sadness we inform you of the passing of Prof E.P. Köster (emeritus Professor) who was Professor of Fundamental and Applied Research of the Chemical Senses (1971-1993) and of the Psychology of Food Behavior (1993-1996) at Utrecht University. Prof. Köster, also referred to as “Ep” lay the ...
Read More

The Dutch Research Council (NWO) has awarded 101 experienced researchers, including NOSE member Jasper de Groot, a Vidi grant worth 800,000 euros. The grant enables him to develop his own innovative line of research and set up his own research group. A short description of what he will do:   ...
Read More

On the origin of the Netherlands Olfaction Science Exchange (NOSE)

Sanne Boesveldt (Wageningen University) discussed how olfactory cues can affect appetite and
eating behaviour, raising questions about when odours can be effective cues for food, and whether
they could be manipulated to increase healthy food behaviour. Peter de Jong (University of
Groningen) introduced how odour can be used in psychopathology and explained how disgust odours
can affect sexual behaviour. Garmt Dijksterhuis (Wageningen University) strongly argued olfactory
transmission is an unlikely possibility, highlighting differences between olfaction and vision and
sound. Andrea Evers (Leiden University) raised the question of whether odours can be useful in
placebo research and provided evidence that odours can condition physiological responses. Rob
Holland (Radboud University) again highlighted the relationship between disgust and odour, showing
that disgusting pictures can lower olfactory threshold, implying we become more attuned to odour
when we’re in a state of disgust. Asifa Majid (Radboud University) added a cross-cultural perspective,
showing that although vision language dominates across languages, in some cultures elaborate odour
lexicons exist. With an interactive odour presentation, Caro Verbeek (Vrije Universiteit Amsterdam)
explored historical smells and taught us how to “look at art with an olfactory gaze”. Wilbert Boek
(Hospital Gelderse Vallei) discussed odour from the perspective of an ENT doctor, and emphasised
the effect anosmia can have on one’s daily life, and how the medical profession should be more
aware of its importance. The meeting ended with Monique Smeets (Utrecht University), describing
her work on the role of odour in social signalling, for example, the odour of fearful sweat can lead to
fear expressions, and the odour of happy sweat can lead to happy expressions.