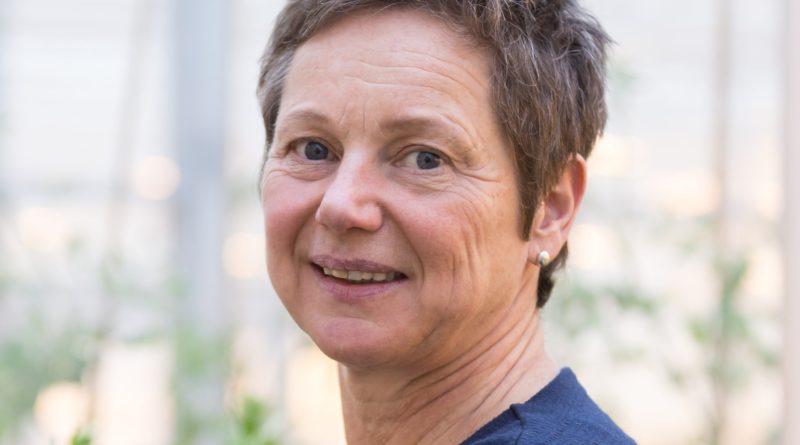 Astrid Groot is professor and department head Evolutionary and Population Biology at the Institute for Biodiversity and Ecosystem Dynamics at the University of Amsterdam, and investigates how sexual odours in night-active butterflies (moths) evolve and contribute to speciation.

Since her PhD at Wageningen University, where she studied the sexual behaviour of the green capsid bug, an insect pest in our apple orchards, she became interested in chemical communication in nature. Not only is chemicial communication the oldest form of communication on earth (even bacteria do it), and insects communicate with each other through all sorts of pheromones (sex, alarm, trail, nest recognition and aggregation pheromones, to name some), but there is also a lot of ‘cross-talk’ between all sorts of different organisms. For example, plants release volatiles when caterpillars and other creatures feed on their leaves or roots, which are detected by predators and parasitoids, which in turn are attracted and attack these feeding creatures, a phenomenon that can be summarized as plants crying for help.

Moths are ideal animals to study how sex pheromones evolve, because females of every species produce their own species-specific pheromone blend in a specified gland that can be chemically analysed relatively easily. Also, there are ~130.000 moth species (compare that to ~5500 mamal species), females can lay 500 – 1000 eggs enabling inheritance analyses, and moths can be reared in the lab so that the effects of say infections, different food sources and stress on sex pheromones can be investigated.