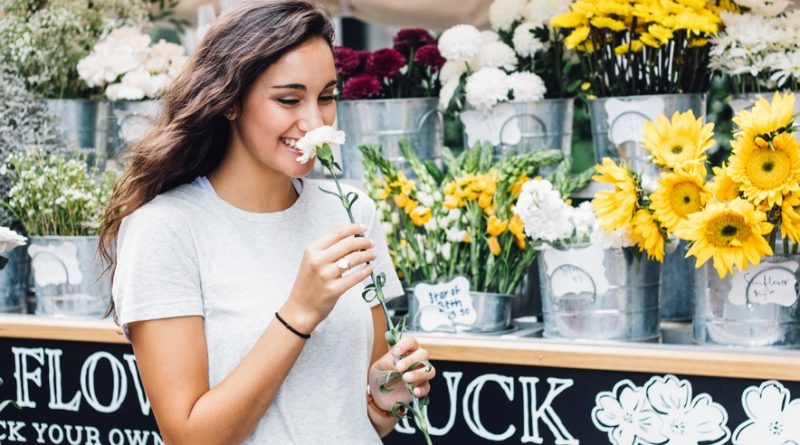 1 Background
Olfaction is, in an evolutionary sense, the ‘first’ sensory system, as very primitive organisms
can already navigate their environment based on chemical signals. Even single cell organisms
find their way by travelling a gradient of chemical concentration. Insects react to very low
concentrations of molecules and can so locate food or partners. These organisms do not
perceive an ‘odour’, there is not much nervous system to allow for such a concept, but they
can be said to perceive or sense (actually they adapt their behaviour based on) molecules.
Olfaction is the ‘last’ sense in it being studied much later historically than other sensory
systems, most notably that of vision and audition. Only relatively recently (2004) was the
Nobel prize awarded to neuroscientific investigation of the olfactory sense. As a result of this
late scientific interest and a limited resource for scientific investigations, the sense of smell
still holds many secrets. All this despite its obvious relevance to human behaviour. Think only
of food and personal care products. The fact that there is a many billion dollar flavour and
fragrance industry shows the importance of the olfactory sense for human interaction and
human behaviour. But still, there are relatively few olfactory scientists and a relative
overabundance of chemically oriented research, at the expense of biological or psychological
studies of olfaction.
1.1 Ten areas
In this note we present ten areas where there are opportunities for olfactory science to make
new and important discoveries. Our view is primarily psycho(bio)logical, viz. mainly
focussing on human behaviour. We do not strive for completeness, so we have not included
literature references. It’s feasible that we post a question that has just been addressed, or even
answered, by our colleague olfactory scientists somewhere on the planet.
The ten areas are:
1. Individual differences in odour perception
2. Olfactory language and perception
3. Odour imagery
4. Odour digitalisation
5. Anosmia
6. Aromatherapy
7. Chemosensory communication
8. Safety, identifying (stressful) intentions
9. Public space and crowd control
10. Food, health and healthy food choice
We list the ten areas under two main headings, individual and social, pertaining to the specific
olfactory research areas and the applications of the expected findings therein.

Figure 1 Odours and the individual.
2 Individual
As can be seen in Figure 1 the individual approach can be subdivided into three clusters, one
focused on perception, one on anosmia and one on aromatherapy.
2.1 Perception
2.1.1 Individual differences in odour perception
It is known that there are large individual differences in the perception of odours. These
differences likely result from genetic factors leading to differences in the set of olfactory
receptors that a person possesses. There are also differences in learning/training/experience
with odours. Possibly the two sources of differences interact. What are the effects of these
individual differences on perception and behaviour?
2.1.2 Olfactory language and perception
It is well-known that people have difficulties verbally communicating their olfactory
experiences. There is not much language of smell, and how does the little there is affect
perception of odours? Top down processes affect perception, so one can expect effects of
language and of culture on learning and appreciating smells.
2.1.3 Odour imagery
Some people can imagine odours (like you can imagine a colour, a melody, or an object, that
you currently do not perceive). Some estimates report that 1/3 of the population can imagine
an odour and that the rest can’t imagine an odour, some think that it may not occur at all and
might be an artifact. Others claim it is possible, just like in other modalities. What is the
reason for this confusion, and what’s behind this sensory system appearing so different from
other sensory systems in this respect?
2.1.4 Odour digitalisation
Why is there no theory of odours enabling odours to be digitalised? For vision and audition
there is ample physical theory allowing to understand the stimuli and (some of) the
relationship with the sensory systems and sensation/perception. This is not (even remotely)

the case with olfaction. Why is this? This also results in the impossibility to transmit odours
over a distance, like pictures and music.
2.2 Anosmia
Approximately five to twenty percent of individuals have a diminished sense of smell, in
different degrees, ranging from hyposmia to complete anosmia. Some people are severely
bothered by this, others seem not to care. Whence this difference? Are there personality
characteristics that make some people almost ignore their handicap while others severely
suffer?
There are reports that some forms of hyp/anosmia seem to be (at least partly) reversible. Is it
possible to devise ‘smell training programmes’ to ‘cure’, or alleviate anosmia? And how does
this work?
2.3 Aromatherapy
It is claimed that odours can have positive effects on health and well-being, purely by their
odour (i.e. by the percept they provide, not by the chemical substance that is often the source
of the odour). Is this true and if so, under what circumstances does it take place and is
everybody sensitive to its effects? Is there a pharmacological route allowing (possibly
odorous) substances to have this effect? Does it happen with imagined or illusory odours too,
so could the (claimed) effects be rewards in a conditioning paradigm?

3 Social
As can be seen in Figure 2 , the social approach can be subdivided into two clusters, one
focused on communication, the other on food choice and behaviour change.
3.1 Communication
Emotional states can be communicated through smell, some questions still arise in this
context. Is an odour percept necessary for olfactory communication, or is this merely an effect
of emitted chemicals that are sensed by the receiving organism? And what chemicals are then
responsible? So far the effect has been shown for fear and for happiness. Can all emotions be
chemically communicated, and what can it teach us about emotion theory? Will the effect
subside under attention, i.e. when the receiver knows what s/he is smelling, does s/he still
show/feel the emotion (or other state)?

Perhaps there is also other information about the sender, not of an emotional nature, that can
be transmitted, by means of chemicals (or odours) to a human receiver.
3.1.1 Safety and sensing stressful intention.
When fear or discomfort can be transmitted by chemical signalling, is it possible to screen
individuals who may have malicious intentions by the chemicals they emit? Can
chemosensory signalling provide a means to design novel safety tests?
3.1.2 Public space
Modern cities often know some degree of air pollution. Part of this can be odour annoyance.
We’re not talking about physical discomfort by smog, particles or other unhealthy substances
in the air. We are talking of annoying odours, and the possibility of odour perception at or
slightly below threshold level. Can such, low levels, of odours lead to a (slightly) elevated
stress level that may lead to illness on the long run? If there are such (low level) odour
perceptions taking place (assuming odours that are somehow annoying or unpleasant), can
this also lead to heightened levels of aggression, discomfort or intolerance in people who
experience (even inattentively) such odours?
What is the effect of pleasant odours in this context; is it possible to (de-)odorise public
spaces as to make them safer, and nicer to dwell in?
Is it possible to increase wellbeing by olfactory means in places where (many) people have to
be (often against their choice) like hospitals, homes, prisons, schools? Or vice versa, to use
(mal)odours to quickly evacuate people from unsafe situations?
3.2 Food, health and behaviour change
Much of food’s charms are in its flavour. Flavour, which to a large extent relies on odour, is
one important reason to consume food and drinks. The effect of odours onto food/drink
choices, and how exactly they may lead to increased (or decreased) ingestion of foods, is a big
topic. When odour perception is better understood, some of the problematics around food
consumption can perhaps be controlled. This area can be extended to include clearly
unhealthy consumption behaviour like drinking (alcohol) and smoking (tobacco products).