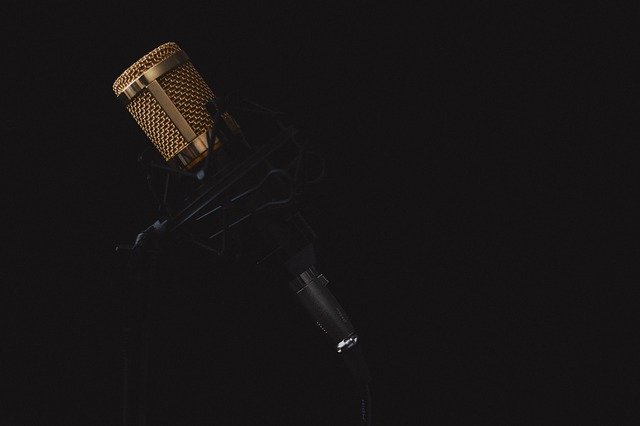 Through emails and a Zoom-meeting with an ocean between us and isolated in our homes, I [Caro Verbeek, Red.] interviewed olfactory artist Josely Carvalho on her work and recent experiences with Covid-19. What happens when an award winning olfactory artist – and of course ‘simply’ a human being – loses her sense of smell?

Smell emanates from the guts of my artwork – from the necessity to articulate issues, anxieties and questions through affections.

From the beginning my artwork has taken the sensorial as a layer to discuss feminism, political actions and nomadism. I am also interested in individual and collective memories that can be accessed through the senses. Smell had always been an underlying concept in my work, but I didn’t use actual scents in the beginning.

Then in 2009, I started a series of photographs of a bird killed in the process of making his nest which I used in the installations ‘Nidus Vitreo’ built with 1000 resin glass molded branches through avian architecture. It was a continuation of an examination of our need to be sheltered in a moment in history where our sense of home had been shifted by ethnic wars, migrations, political divisions and the fragility of our environment. The turtle, my avatar, was the visual metaphor for this phenomenon. That year, after having been away from Brazil for 25 years, just like turtles, I emotionally returned to the beaches I was born in. I was looking for the smells of my childhood although I knew they were not there anymore. I had to create smells. By pure chance I met someone at Givaudan [Fragrance industry Brasil] and since that moment they became the nest I was looking for.

Smell is poetry without words.

Could this be one of the reasons that our smell vocabulary is so poor?

Smell has taken the place of poetry in my artwork today.

Can we live without poetry?

Honestly, I was flabbergasted and speechless. I have had three recognitions that made a mark in my art practice. In 2000, when working and ready to give up, an experimental webwork www.bookofroofs.com I received the Creative Capital Foundation grant. The second, in 2017 I was having serious economic difficulties because of a few years of maintaining home care for my companion, I received the Pollock-Krasner Foundation and last year, the Sadakichi Award again gave me the necessary confidence to continue to have smells as protagonists in my visual and sound work. It also opened my horizons giving me the incentive to look for other venues, perhaps in Europe, now disrupted by Covid19. In the last few years, I have felt that the United States are too closed for the emotions connected to olfactory works which are not sellable on the market. I have never worked with a commercial gallery although I know I have paid a price for it. Ironically, this April, I was going to have an individual exhibit in a commercial gallery for the first time here in Rio de Janeiro (parallel to a museum installation). I was going to show ‘Smell of Fish’. Needless to say, it never happened.

I didn’t know what to think. I felt terrible. I had a fever for several days and lost all my energy. I was so exhausted. I went into self-isolation on March 12 and haven’t been outside since.

I immediately realized I had lost my sense of taste and smell. But I thought it had to do with another condition and didn’t think of Corona. I was suffering from a stomach ache and got medicine for that. It was only after a few days that I realized with fever it had to be COVID. Without the availability of tests, we live in uncertainty. 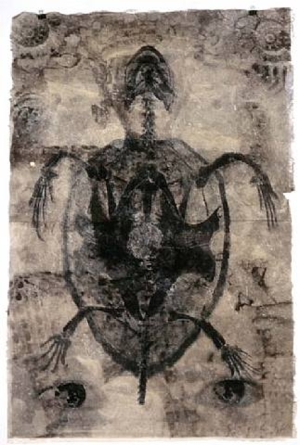 Print from ‘The Book of Roofs’. The Turtle is Carvalho’s ‘avatar’.

On a personal level: the loss of smell is the loss of joy. And I completely lost my appetite. I didn’t and still don’t feel like eating spicy foods. I only eat because I know I have to. All the time I was partially anosmic. And I didn’t worry as much about losing my sense of smell, as actually dying. When you stop breathing you stop smelling. It did make me realize how incredibly closely intertwined these two are: breathing and smelling. They are fundamental for living.

On an artistic level: coincidentally I had just finished working on the smells for my latest project “Entre os Cheiros da História” (Within the Smells of History) in the Garden of Cannons of the Museu Histórico Nacional in Rio de Janeiro. And they are here (points at her heart). I can still smell them in my mind. They are so incredibly closely conceptually intertwined, that I could still recall them outside of my olfactory bulb. The exhibition I had planned was about the history of war. I created 10 new scents that could be smelled from the mouth of the cannons and reflecting their own history of battles. For example: one cannon was made of a melted church bell and it participated in the war of Brazil and Paraguay. In this war Paraguay suffered so much losses that they had to call children to fight as soldiers. For INCENSE, we chose olibanum (frankincense) and myrrh, the traditional Christian religious incense and added pau santo and aromatic herbs such as sage to bring the memory of indigenous services during the Jesuit’s indoctrination.  Another smell is FEAR, experienced during the wars and now with our life with Covid19, living with an invisible creature inside our bodies. Both macro and micro wars are geared to inflict pain in the body. Covid19 directs towards our essential organ, the lungs, affecting breathing and consequently, the act of smell. Another smell is INVASION represented by metallic notes of blood, pus and putrefaction. To it, we added animalic notes such as castoreum and civet for the anxiety and fear that accompanies the invaded body. When Macron at the beginning of the crisis declared ‘we are at war’ it resonated with me. I realized I had chosen the cannons and the smells kind of prophetically: all the scents relate to COVID. The Olibanum and Mirha (myrrh) are now a traditional symbol of the vehicle that transports the spirits to heaven. And the analogy continues: whereas cannonballs penetrate bodies, buildings or ships, COVID penetrates us. Whereas the ships that were equipped with cannons went out to conquer the world, to open up countries, decimate indigenous populations to enrich the countries behind the invasions, COVID makes the world smaller and shows the inequalities we live with. We human beings become closed countries in our own home and our own bodies. So the disease inspired me artistically, even before it was here.

Although my work is based on an awareness and participation with the dramas taking place all around the world, COVID forced me to enter deeper into my own self as an artist. It brought me a deeper and wider introspection. it established a new relationship with time and space and it created a training ground to live in the here and now.

Cannons in the courtyard of the Museu Histórico Nacional in Rio de Janeiro where ‘Within the Smells of History’ is supposed to take place.

Luckily it is. In my case it didn’t vanish completely. What I noticed is that instead of layered, smells became ‘flat’. Like seeing one colour instead of an entire composition.  After a while I could also smell strange things I had never smelled before. For example, I noticed a really sour and dark, acrid smell near my back door kitchen. But I couldn’t trace the source. My sister mentioned she felt in her place a sweet smell of cheap perfume in the back kitchen door during the same period. She didn’t have the Covid virus. I smelled nothing sweet. We both thought about our mother’s death in 2001. Could it be that she visited us to assure we were ok?

Another strange thing I noticed has to do with my own body odour. I never sweat. I don’t have smelly feet or armpits. But my body suddenly gave off bad smells. Also my feces smell terrible. I guess it’s because you have to get rid of toxins. But I can also imagine this disease actually has a smell. Just like doctors from the past used to recognize smells with their noses, COVID smells. But only once you got it. Once established in the host, it may disperse body odors. It doesn’t seem COVID has a a smell before it enters bodies, like the miasmas described in the past. Probably, we will know later about this reaction being different within each body. Also probably, not everybody will smell them.

Yes it did. My sense of smell once it returned has become much sharper somehow. I smell things in the house I have never smelled before. Maybe because people become so adapted to the smells around us. But now I smell everything. I still haven’t gone out of my studio since March 12. I’m curious what I will smell out there. I didn’t want to go out but now my curiosity was incited to walk one block and smell the ocean.

Because I am so aware of smell, I immediately noticed it was gone, but I didn’t relate it to COVID. I know many people don’t pay attention to their sense of smell and don’t realize it’s gone until it’s too late. What I also know is that many people do pay a lot of attention to what they eat. People working with scent know that 80 % of what we perceive in our mouths is due to the sense of smell. So when you stop ‘tasting’ your food, start paying attention. It could be the first symptom of this dreaded disease. And that’s when you can make a difference, to be tested and isolate yourself.

Final observation by the interviewer: it is remarkable that Carvalho’s sense of smell seems to have improved after a temporary loss. This demonstrated how smelling is not a just mere physical act, but a – culturally informed – mental activity as well.

The video documentation of Diary of Smells: Glass Ceiling at the Museu de Arte Contemporanea, São Paulo in 2018
https://www.youtube.com/watch?v=dNslDVLEP2A&t=121s

Caro Verbeek is an olfactory art historian and sensory museologist now mapping the effects of corona on our sense of smell.